Pietro Forquet, one of the greatest players of all time, won 15 world championships for Italy between 1957 - 1974. He was an original member of the dominant Italian Blue Team ("Squadra Azzura") that dominated bridge in the '50s and '60s.

Born in Naples in 1925, Forquet learned bridge as a teenager from his mother. 1 He was recruited to join the inaugural 1956 Blue Team that included Walter Avarelli, Giorgio Belladonna, Eugenio Chiaradia, Mimmo D'Alelio, Guglielmo Siniscalco. It was Siniscalco who ended up partnering Forquet that year, and Chiaradia by 1959. The Blue Team adopted the Neapolitan Club bidding system under non-playing captain Carlo Alberto Perroux, and won its first Bermuda Bowl in 1957.

When Siniscalco resigned from the team to concentrate on business in 1961, Forquet began playing with new team member Benito Garozzo. During these years, Forquet developed a reputation as an excellent cardplayer and tough, unflappable competitor. Although he would later admit to always being nervous before an important match, 2 Forquet's appearance was imperturbable. A Sports Illustrated article detailing the Blue Team's 1963 Bermuda Bowl victory described Forquet thusly:


"Forquet is 38, suave, handsome, well tailored, polite, quick-witted and tough. His bridge during the entire match was brilliant. Forquet played practically all of the 27 sessions for Italy, an extraordinary feat of endurance, yet he managed to remain cool and unruffled when others had melted. After one particularly drawn-out session against the French that lasted until 3 in the morning, the two French players staggered wearily down the marble steps to the lobby, ties loosened, hair ruffled. Chiaradia came next, looking very old and tired. Then came Forquet. His tuxedo was still immaculate. He had four fingers of one hand hooked in his coat pocket, thumb extended, and in the other hand he held a cigarette at a jaunty angle. His step was light and springy, and he looked for all the world like a man ready for a night on the town." 3

Benito Garozzo would later describe Forquet as very steady and error-free, 4 less aggressive than Belladonna but equally as effective. The two formed possibly the greatest partnership of the decade, winning 7 Bermuda Bowls between 1961 - 1969. After the 1969 victory, the Blue Team would retire for two years.

Although Forquet worked as a bank director during this period, he occasionally contributed articles to The Bridge World and Italian bridge magazines. In 1971, Forquet also wrote the original Italian version of "Bridge with the Blue Team", widely considered the best collection of bridge deals ever.

The Blue Team returned to international competition in 1972 to win the World Team Olympiad, and also captured the 1973 and 1974 Bermuda Bowls. Forquet retired from the team thereafter, although the Italians proceeded to win the 1975 Bermuda Bowl. Forquet would continue to play bridge competitively, but would not represent his country again in a world championship.

Forquet's legacy, however, is staggering. As an original Blue Team member, his 15 world championships are second only to teammate Belladonna's 16. "Bridge with the Blue Team" is also a must-read for any serious bridge player. Forquet will be remembered for dominating three decades of bridge at its zenith of international popularity.

"Even if you have made a very good plan, always be ready to change your strategy once you have discovered that it cannot work." 5

"Count the opponents' hands, but when you have counted them, play intelligently." 6 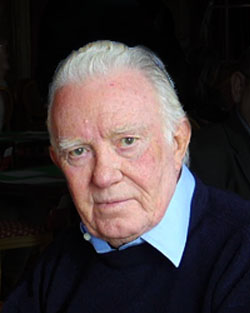 "Count the opponents' hands, but when you have counted them, play intelligently."